At present, China's hardware industry in Europe and the United States in a passive position, and some emerging foreign hardware market full of development opportunities.

The first is Brazil's economic acceleration programme. Population urbanization in Brazil now has accounted for 81% of the total, however, many of the city infrastructure still lag behind, therefore, in its economy to accelerate the plan being implemented, including to low and middle income earners to build housing, by 2014, the relevant investment has reached 429, a large number of new homes built, and the establishment of the public facilities for sanitary hardware products has brought a lot of demand. 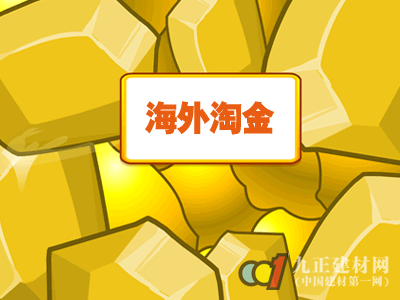 Which emerging countries are full of opportunities in the overseas market of sanitary ware and hardware?

Secondly, the World Cup this year and the Olympic Games in 2016 will be held in Brazil, so the procurement demand of Brazil will be greatly increased in the next few years. The 2014 World Cup involves 12 cities, and the investment in building and renovating hotels in 12 cities is $1 billion. In Rio alone, 30 hotels and 30,000 rooms will be built. For the 2016 Olympics, Brazil's Rio government has spent more than $60 billion on new stadiums and the Olympic village. This is two important export opportunities for Chinese hardware and sanitary ware enterprises.

If Chinese sanitary and hardware enterprises can get good development in Brazil, then they can also spread to Argentina, Peru and other countries around, which will bring great opportunities.

Compared with countries and regions such as Europe and the United States, the Middle East market has fewer trade barriers and is still a mature market. The Middle East is currently undergoing three major shifts that will have a positive impact on China's trade with the region: the reconstruction of Iraq, the proliferation of free trade, and economic development. These changes will not only benefit the evolving economies of the Middle East, but also bring new business opportunities for Chinese companies. Many local brands are growing and need intelligent and competent suppliers to compete with them for more international market share, which is a more valuable opportunity for Chinese companies with certain visibility than just selling products.

Among them, the uae is experiencing an unprecedented boom in the real estate industry. The construction of high-end residences and hotels has brought a strong demand for high-end sanitary and hardware products.

In addition, according to the statistics of Chinese customs, the bilateral trade volume between China and the uae reached 5.81 billion us dollars in 2003, with a year-on-year growth of 49.1%. Among them, the export volume of China to the uae reached 5.04 billion us dollars, with an increase of 46%. This good situation can be a strong boost to the export of Chinese hardware and sanitary ware enterprises.

Asia has always been the most economically developed place, one is the Middle East, the other is southeast Asia. Nevertheless because suffer geographical position and the restriction that develop time, degree to wait for a factor, make its do not have very good condition that produces hardware of pottery and porcelain wei yu, the number of hardware enterprise that defend bath is not much also. For neighboring China, this is a piece of fat on the lips of Chinese health companies.

Among southeast Asian countries, Vietnam has made great efforts to develop its economy in recent years and provided good conditions for foreign enterprises, which made many foreign enterprises willing to invest here and promoted Vietnam's rapid economic prosperity. According to the nine building materials network, only in the 1990s when Vietnam's economic development rate has been more than eight percent, it can be seen that the strong characteristics of its economic development.

In the process of rapid economic development, the construction industry in Vietnam has also developed rapidly, bringing a large number of demand for sanitary and hardware products. If Chinese hardware companies choose to develop the market in Vietnam, they will not only have a good prospect, but also enjoy some preferential measures of local policies.

Africa is not what many people think of as a land of poverty and strife. In fact, most of it is stable. Africa, with a population of 900 million and 56 countries and regions, is rich in resources but backward in industry. It is the best place for Chinese sanitary and hardware enterprises with relatively low prices. Demand for consumer goods is strong, the market is huge and Chinese products are popular in Africa.